Discover how it is and what to see in Havana, the capital of Cuba, and the many corners it hides

Havana, capital of Cuba, is a city full of paradoxes and contradictions, whose main attractions are the beauty of its historic center, its exceptional architecture, the revolutionary and Cuban iconography (from El Malecón to the Plaza de la Revolución, passing through La Giraldilla) and its wide cultural offer. The history of Havana is really fascinating, and in it you will find interesting museums, impressive restoration projects, and a magnificent musical culture that ranges from street music to cabaret.

One of the attractive aspects of Havana is to see how everyday life in the city runs: children playing baseball in the street, traveling troubadours, a man who tries to start his 1955 Plymouth, etc. Havanans, unlike locals from other parts of the world, not only survive; but they project, create, debate and live everything with an amazing passion.

Another of the great attractions of Cuba's capital is its lively nightlife and its musical culture. Life in Havana is a real Cabaret, since all musical styles are represented in the city. The city has a wide range of live concerts and improvised recitals. 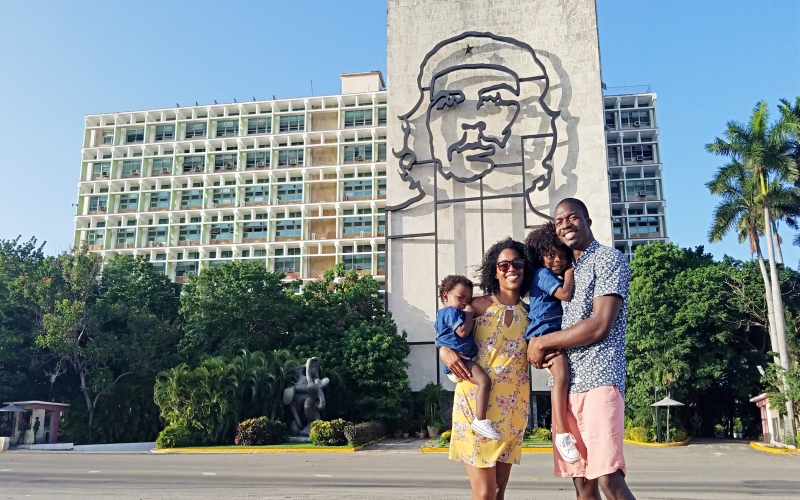 To know Havana minimally you need to have at least three days; although it is advisable to visit it for a week. The areas where most of the places of interest are concentrated are: Old Havana, Morro Cabaña Military Historical Park, Havana Center and Vedado. Old Havana is the city's suggestive masterpiece, and Centro Habana, located to the west, offers a revealing look at Cuba; While Vedado is the most splendid area, since it is the old Mafia fief, it is full of hotels and restaurants, and has a lively nightlife.

The first two days it is essential to visit Old Havana with its four main colonial plazas, its most interesting museums and other must-see places, such as the City Museum, the Museum of Colonial Art, the Rum Museum, the Plaza de Weapons, the Cathedral of San Cristóbal de La Habana, the Bacardí Building, the Monastery of San Francisco de Asís or the Castillo de la Real Fuerza. The historic center of Havana occupies 4 square kilometers full of history from all corners, where you will find numerous monuments and museums of different themes, so it is convenient to mark a good route, since otherwise it will be impossible to see everything and it is likely You miss some of its most emblematic places. A good idea is to start by visiting the Model Museum of Old Havana, as it provides a good vision of what the historic center is like. During the third or fourth day, depending on the time you have spent visiting the center of Old Havana, an excellent idea is to approach the port of Old Havana, near the Plaza de San Francisco de Asís, to take a ferry to the Morro Cabaña Military Historical Park and visit its two majestic fortresses: the Castle of the Three Holy Kings of Morro and The Fortress of San Carlos de la Cabaña.

The following days it is advisable to visit Vedado, and Centro Habana and make some essential stops, for example to take a mojito on the terrace of the National Hotel; visit the University of Havana and the Revolution Square to observe Che's mural and the José Martí Memorial; enter the National Capitol of Cuba, the Museum of the Revolution, the National Museum of Fine Arts, and the Castle of San Salvador de La Punta; see how life runs somewhat differently in Chinatown; and if you like lively nights you can enjoy an extraordinary nightlife in jazz clubs, bars and cabarets in the area. 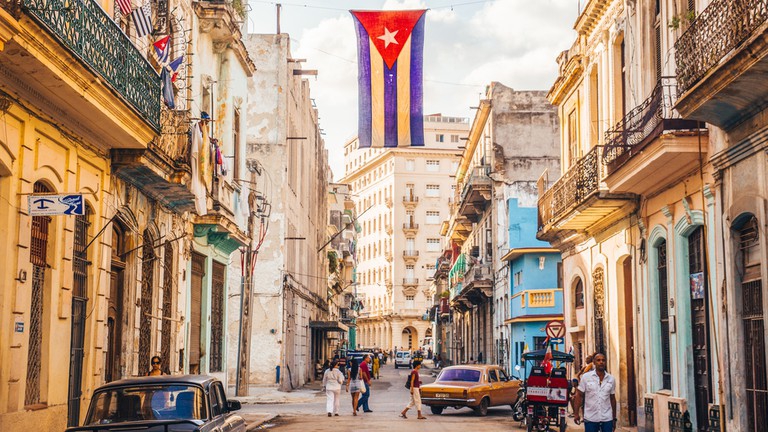 If time permits, on the outskirts of Havana you will find numerous cities, picturesque villages where life is seen differently. The most interesting places around the city are: the neighborhoods of Miramar, where the Miramar Aquarium stands out; Marianao and Cubanacán, in the municipality of Playa; the town of Santiago de Compostela de Las Vegas, in the municipality of Boyeros; the municipalities of Regla and Guanabacoa; the towns of Cojímar, Casablanca, with the gigantic statue of the Christ of Havana; and Santa María del Rosario; the Hemingway Museum, in San Francisco de Paula; the Lenin Park area, with the National. Zoological Park, and the National Botanical Garden; Playas del Este, where some of the best beaches in Havana are located.

February is one of the best times to visit Havana, since that is when the International Jazz Festival is celebrated. During the summer the heat in Havana can be suffocating, so it is more advisable to travel in October, since it is a quieter month and offers many things to do, such as attending the Ballet Festival. The busiest and liveliest month is December, since that is when the Festival of New Latin American Cinema takes place.

What to do in Havana?
In Havana there is no place for boredom, as it offers a wide range of chores, but certainly there are some that will be essential in our trip. Among them we recommend:

Stroll through the architectural art deco, neoclassical and colonial baroque mosaic of the city.
Let yourself be surprised by the incredible and rehabilitated Old Havana, without a doubt the jewel of the town. Visit the Museum of the Revolution, the National Capitol and the Museum of Fine Arts where you can admire the history of Cuban and international painting, in Centro Habana. Enjoy the spectacular panoramic views that El Malecón offers, especially at sunset, see the Revolution Square with the José Martí Memorial, and the University of Havana in the Vedado area.